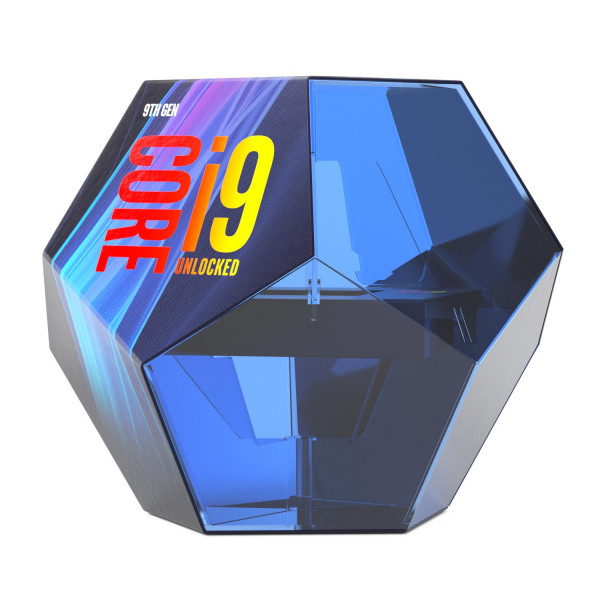 The ninth-generation Intel Core processors are named Coffee Lake-S Refresh. In addition to a modified model series, one of the biggest novelties is the fact that the CPUs with a free multiplier now have a soldered heatspreader (IHS) donated. As a result, the waste heat can be dissipated more efficiently by the CPU, which means that higher clock rates can be achieved over a longer period of time.

The Intel Core i9-9900K is the new top-of-the-line Core 9000 series and features eight cores with Hyper-Threading (SMT), so it can run up to 16 threads simultaneously. The enthusiast CPU can also convince with increased clock rates and optimized boost functions compared to its predecessors. The TDP of the Achtkerners is only 95 watts. The processor is compatible with the 300 Series Socket 1151 motherboards.

With a basic clock of 3.6 GHz, the Core i9-9900K offers a high clock rate, which can automatically increase as needed for more power. The corresponding Turbo Boost function clocks the processor cores according to the required power. For example, depending on the application or game requirements, the boost increases either a core up to 5.0GHz or all cores up to 4.7GHz.
The processor supports a maximum standard clock of 2,666 MHz for DDR4 memory and the CPU supports dual-channel mode. Depending on the motherboard, overclocking can also be used with RAM kits with much higher clock rates. Intel continues to use the LGA 1151 (v2) as the socket, making the ninth-generation processors compatible with the 300-series chipsets. For motherboards with Z370, H370 or B360 chipset, a BIOS update may be necessary!

The integrated graphics unit is the Intel HD Graphics UHD 630. With its 24 execution units, it offers more than enough graphics power for Intel Quick Sync, GPU computing and, of course, one or the other game in between. Furthermore, the graphics unit DirectX 12 with the feature level 12_1, OpenGL 4.5 and OpenCL 2.0 also supports the playback of 4K, UHD resolutions at 60 Hz via DisplayPort - assuming a corresponding motherboard.