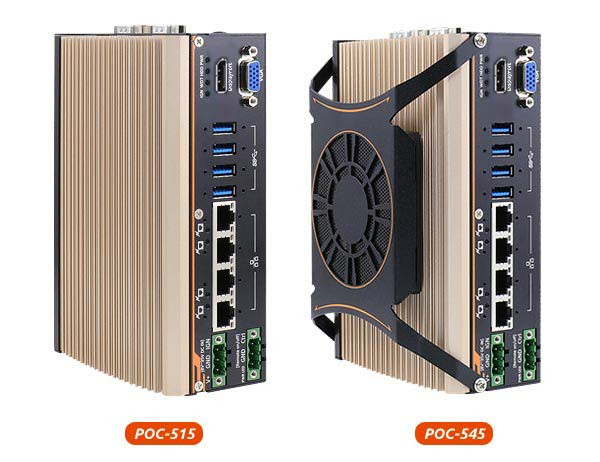 An M.2 2280 NVMe (PCIe Gen3 x2) SSD hard drive can be installed. It has twice as much the read/write-speed compared to typical 2.5-inch SATA SSDs. The Neousys Industrial PCs of the POC-500 series are suitable for DIN rail mounting and offer numerous I/O ports on the frontside.

The introduction of the POC-500 series by Neousys stands for a new generation of ultra-compact embedded PCs – with improved I/O design, exceptional robustness and significantly more CPU and GPU performance for versatile applications.

Nuvo-2510VTC
Price on request
Viewed
This website uses cookies, which are necessary for the technical operation of the website and are always set. Other cookies, which increase the usability of this website, serve for direct advertising or simplify interaction with other websites and social networks, will only be used with your consent.
Decline Accept all Configure