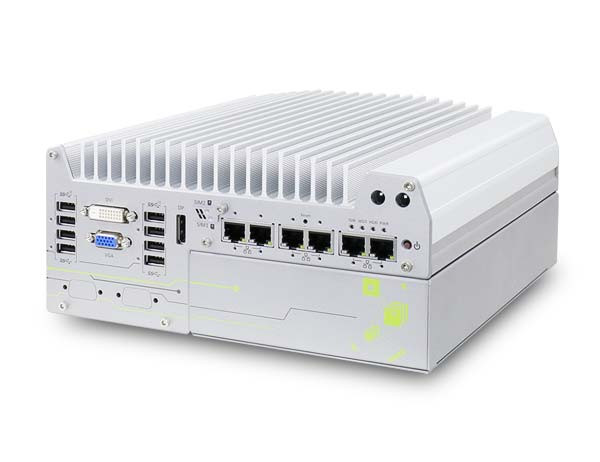 Thanks to Neousys' patented Cassette and inventive ventilation mechanism design, the system fan directs ambient cool air directly onto the fan of the GPU card to significantly increase the heat-dissipating efficiency for Quadro P2200. This cooling design guarantees non-throttling GPU performance at up to 54°C and operating temperature up to 60°C for the whole system.

Nuvo-7162GC series systems are equipped with an abundance of cutting-edge I/O functions. It has an M.2 NVMe interface for fast storage access supporting over 2000 MB/s read/ write speeds. There are also 6x GbE ports and 8x USB3.1 ports for image data acquisition. Moreover, it supports MezIO interface for I/O expansion.