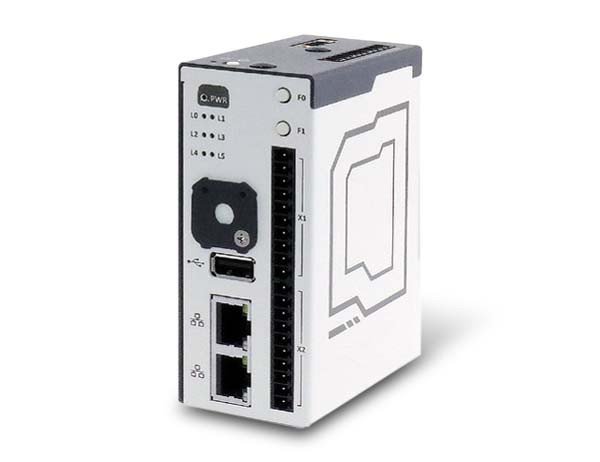 The Neousys IGT-30 series, equipped with the AM3352 from the Sitara AM335x family from Texas Instrument, is an ARM-based box PC for the industrial Internet of Things (IIoT) and Industry 4.0 applications. As required for every industrial application, the IGT-30 series is delivered as a finished system with Debian pre-installed and complies with the usual industrial certifications such as CE / FCC, shock and vibration. It has an input voltage range of 12 to 25 VDC and a wide operating temperature of -25 ° C to 70 ° C to ensure that the IGT-30 series works even in harsh industrial conditions.

The IGT-33V / 34C has extensive I / Os through which users can connect a variety of industrial sensors and devices. It has a USB 2.0 port, two 10 / 100M LAN ports and two COM ports (one RS-485 port, one configurable RS-232/422/485 port). In addition, the IGT-33V / 34C has analog and digital connections, e.g. B. eight 0-10 V voltage inputs for the IGT-33V and four 4-20 mA current inputs for the IGT-34C. There are also two integrated isolated digital inputs for buttons / switches and six digital outputs for controlling actuators or modules. The user can easily create his own serial automation or IIoT system.
Industry-standard ARM-based IoT gateway with 0-10 V analog inputs, dual LAN and PoE-PD activation
In terms of communication, the IGT-30 series has a mini PCIe slot and a USIM bracket with which the acquired data and the system status can be transmitted via 3G, 4G or WiFi (mini PCIe WiFi module) can. There is an opening on the top of the IGT-30 series through which users can mount the SMA connector of the radio module. In terms of storage capacity, the IGT-30 series has two microSDHC slots, one internal and one external. This design enables users to separate system / user data and accelerate the deployment of the operating system for mass production. The IGT-30 series inherited from IGT-20 offers six LED displays and two function keys that can be programmed by the user. The function keys serve as control elements for the IGT-30 series and make external input devices such as keyboard / mouse unnecessary.